NOGR.COLLECTIVE
Standalone projects
BOTABLE TALKS
PLACESPLOITATION CINEMA
PLACESPLOITATION RADIO
SuS / Susfoling Union of Sets
ASMR LABORATORY
THE DISTRIBUTED SUPPORT PRACTICUM
NEW STAY
Cross-Border Interaction
WHERE IS KIM?
REGULATION III
TRANSPARLINGUA
NORTH SOUND
SIENOS | ГРАНИЦА
WHO WE'VE WORKED WITH
Languages
Русский
English
Links
FB
NORTH_SOUND
A peculiarity of the border area between Russia and Norway is the prohibition to approach the border on foot from the Russian side.
This feature became a media highlight in 2015 for many stories about Syrian refugees who used the border as a northern migration route to Europe. People were unable to reach the border on foot, so they had to buy bicycles in the nearest settlement (the town of Nickel) and ride across the Arctic to get there.
The beginning of the border control on the E105 highway is the checkpoint where the fact of vehicle passing and the number of persons inside are recorded and transferred to the border post. About 30 minutes are given to pass the further territory, which is closed to public and civil activity. 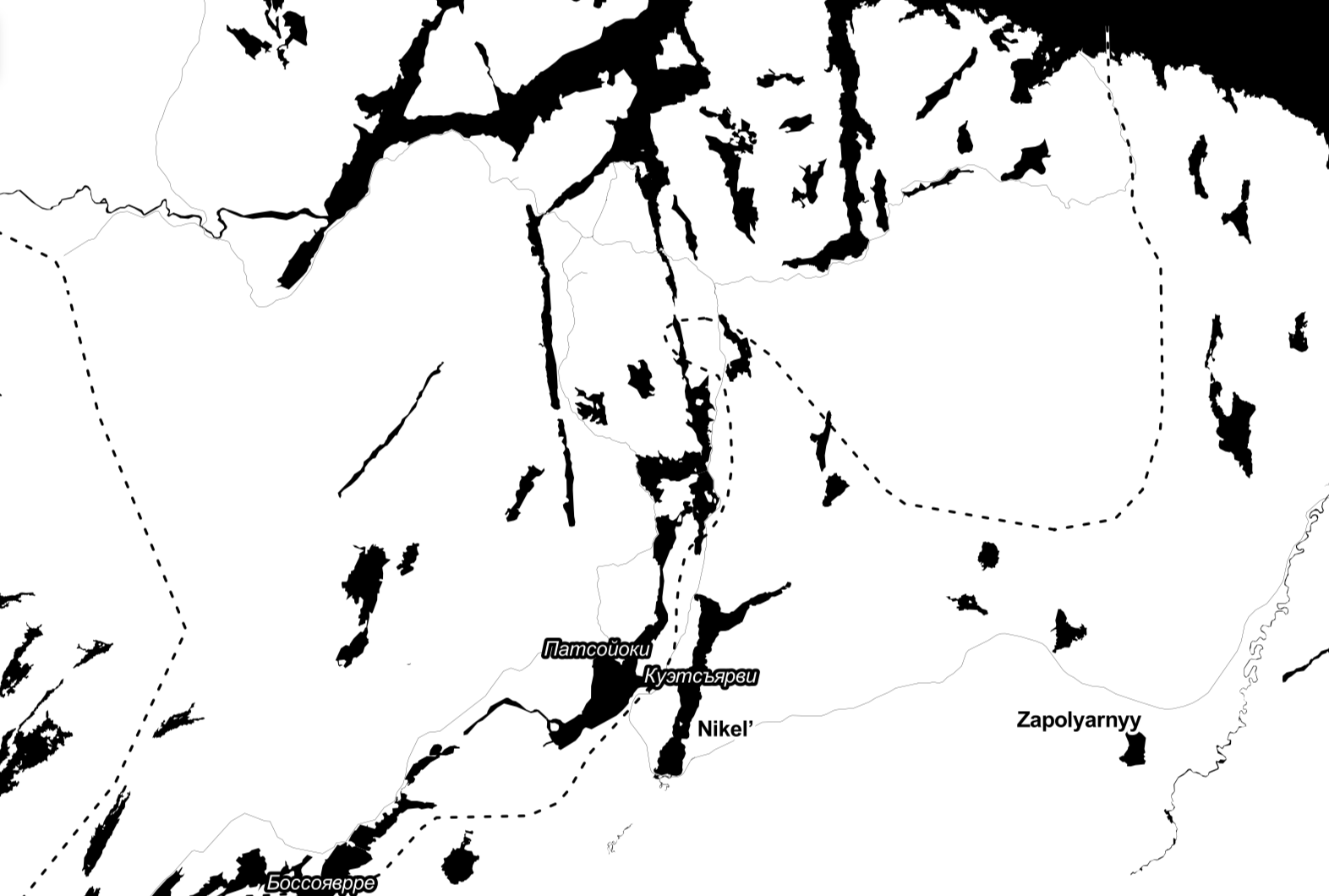 A 30-minute north_sound recording is made along this route through the border area using a radio receiver. The peculiarities of radio signals in the conditions of crossing the networks of civil and military frequencies of different countries, dramatically changing terrain and necessity to be in constant motion create a unique sound landscape of this northern route, while the intersection of social and political contexts creates the need to move along it in both directions.